Bolder Surgical, today announced the addition of Rick Packer and Dan Mitchell, two medical device industry veterans to its Board of Directors. The new Board positions are the result of the successful financing announced by Bolder Surgical earlier this year.

the non-executive Chairman of ZOLL Medical, an over $1 billion medical technology company focused on critical care medicine. In 2012, ZOLL became part of the Asahi Kasei Group, a $20 billion Japanese conglomerate. “I am excited to join the Board of Bolder Surgical and look forward to contributing to the continued success of the company” said Mr. Packer.

Mr. Packer was originally appointed Chairman of the Board of Directors and Chief Executive Officer of ZOLL Medical Inc., a NASDAQ listed company, in November 1999 and served as CEO until 2016. He was President, Chief Operating Officer and Director of ZOLL from 1996.  Prior to becoming President, from 1992 to 1996, Mr. Packer served in numerous rolls as Vice President of Operations, Quality and Regulatory Affairs, interim Executive for North American sales, and Chief Financial Officer.

Dan Mitchell is well known in the Colorado healthcare start-up community with 35 years in the venture capital industry. He began his venture career at the First National Bank of Chicago’s Institutional Venture Capital Fund, and then co-founded Capital Health Venture Partners, a healthcare-focused venture fund in 1985. In 1996 he co-founded Sequel Venture Partners, a firm that invested ~$400 million in seed and early stage opportunities primarily in the Front Range of Colorado.

In addition to his role at Sequel, Mr. Mitchell has spent significant time helping to build the healthcare start-up industry in Colorado. He was involved with activities at the University of Colorado, including working closely with the tech transfer office; working on boards and panels that awarded start-up development grants; serving as a board member of the Colorado Bioscience Association; participating in the organization of the Colorado Life Science Conference; serving as a member of the advisory board of the BioFrontiers Institute, and providing mentorship to several start-ups and founders.  Mr. Mitchell stated that “Bolder Surgical is an exciting, young Colorado based company bringing needed innovation to the surgical market. I look forward to working closely with the other Board Members and the Management Team to continue its growth and expansion”.

“The selection of Rick Packer and Dan Mitchell to our Board of Directors culminates a six-month search process in which numerous candidates were vetted and interviewed” said Robert Kline, Bolder Surgical’s President and CEO.  “We are very fortunate to attract such accomplished medical device veterans as Rick Packer and Dan Mitchell and I know their experience and critical thinking will be a great asset to Bolder Surgical going forward.”

Learn how Workforce Automation enables you to effectively manage your contact centre employees when your managers cannot be physically present. Watch on-demand: https://t.co/IxvZxJlWMj 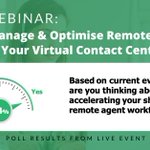 Now is the time to accelerate your organization's cloud strategy by planning for hybrid and #multicloud deployments so you can focus on what matters to your business. https://t.co/JtdScEBNQy by @forbes @ForbesTechCncl #hybridcloud #cloudadoption #cloudstrategy

What was the inspiration behind the founding of Bardy Diagnostics and the significance of P-wave specificity? Find out, as Chief Commercial Officer, Ken Nelson explains in an exclusive interview with Medgadget https://t.co/E3Pd0fbX5E #ourstory #cardiacmonitoring

We offer online care for mental and behavioral needs such as treatment for anxiety, depression, grief, substance use, & more from the comfort of your home or office. Accepting most major insurance. https://t.co/9sbeuWrEXx