NEW YORK, NY - The busiest day for U.S. initial public offerings in more than two years didn't rate as the most exciting.

Thursday's cascade of six IPO's - which included three venture-backed companies - was the most in a single day since Nov. 8, 2007, according to data tracker Dealogic. However, the day ended with just one obvious hit with investors.

Supply chain services provider SPS Commerce Inc. closed up 13.3% at $13.60 on the Nasdaq after selling 4.1 million shares, almost 1 million more than originally planned, at the midpoint of its $11 to $13 price range.

The remaining deals either priced at the low end or below range. With the exception of a slight gain from renewable energy researcher Codexis Inc., they ended the day flat or down.

Venture-backed SPS Commerce offers supply-chain services online at SPSCommerce.net , where businesses pay a monthly fee to use software that can manage orders, warehousing, accounting and packing and shipping. The site also keeps suppliers up to date on rule changes from major retailers such as Wal-Mart Stores Inc. and Target Corp.

In 2009, SPS's revenue increased 23% to $37.7 million as the company attracted more customers and more of its services were used by customers; it produced net income of $1.2 million, compared with a net loss of $1.9 million in 2008. Revenue from recurring customers accounted for 80% of the company's total revenue in 2009. SPS has monthly contracts with customers, but most aren't long term: anyone can cancel at any time with 30 days notice.

According to VentureWire records, the company has raised at least $43 million in venture funding. CID Capital owned 23.0% of the company going into the IPO; River Cities Capital Funds 23.0%; and Split Rock Partners 17.3%. Other investors have included Adams Street Partners and St. Paul Venture Capital.

A venture-backed company that priced at the low end of its expected range, renewable energy researcher Codexis Inc., closed up 2% at $13.26. It sold 6 million shares.

The company is also collaborating with a Royal Dutch Shell Plc subsidiary to make biocatalysts that will produce biofuels such as ethanol and diesel from non-food plant cellulose; Shell has the rights to commercialize any technology that results from the partnership, while Codexis would receive royalties for every gallon of fuel Shell would produce.

Biocatalysts used by pharmaceutical firms can reduce the amount of raw materials, energy and equipment needed to make drugs, as well as eliminate harmful byproducts created under traditional manufacturing techniques. In the energy industry, there is currently no commercially viable way to convert cellulose biomass into fuel, but biocatalysts could potentially increase the rate at which cellulose is converted into fuel, the yield produced, and eliminate the use of food crops like corn to create ethanol.

Although other companies and researchers have tried generating useful biocatalysts through random gene mutations, Codexis uses its proprietary software to pinpoint beneficial mutations and penerate them through gene shuffling and other biotechnology methods, a process it claims is faster and more productive.

Beyond pharmaceuticals and fuels, Codexis is aiming to create biocatalysts for other industries, including carbon management, water treatment and chemicals.

The company, created in 2002, has attracted investments from Shell, Chevron Corp., Pfizer and General Electric Co. It's never been profitable, and its revenue is driven primarily by research and development payments by Shell.

Alimera Sciences Inc., a venture-backed biotechnology company with no regulatory approvals or product revenue, ended the day at its IPO price of $11 after having priced well below its expected range of $15 to $17. It sold 6.6 million shares, about 600,000 more than originally planned.

Alimera is researching treatments for eye diseases that affect the retina and has developed a device smaller than a grain of rice that can be inserted into the eye to deliver drugs for treating diabetic macular edema.

If all goes as planned and Alimera receives the required regulatory approvals, it could commercialize its treatment in the U.S. as early as the first quarter of 2011, according to its prospectus.

Alimera has only one product in clinical development; it hasn't received regulatory approvals for the treatment. It has no product revenue and has never been profitable.

Pre-IPO, it had enough cash to make it as far as September. Its accountant warned that there's substantial doubt about Alimera's ability to remain in business. Post-IPO, the company estimated that it should have enough cash to get it through to the first quarter of 2011, though that timeframe was based on a higher pricing that would have resulted in about $20 million more than it actually brought in through the deal.

The company has raised more than $97 million from investors, VentureWire records show. Its largest investors are Domain Associates, Intersouth Partners, Polaris Venture Partners and Scale Venture Partners, which each owned 18.4% of the company prior to the IPO and will hold 14.8% afterward, according to a Securities and Exchange Commission filing. Venrock Associates held 14.9% and will retain 11.9% after the offering.

Among non-venture-backed companies, Global Geophysical Services returned to its IPO price of $12 at the market close, Mitel Networks Corp. closed down 12.1% at $12.30 on the Nasdaq, and DynaVox Inc. closed unchanged at $15.

Simulators are a safe environment to learn and practice medical skills and procedures. Simbionix simulators are proven with the most clinically validated studies. More: https://t.co/lqq1s4l6Ru #clincialvalidations #simulation #Simbionix #medicaleducation

Planning for #multicloud? Or did it just happen? https://t.co/RkM483NBzb 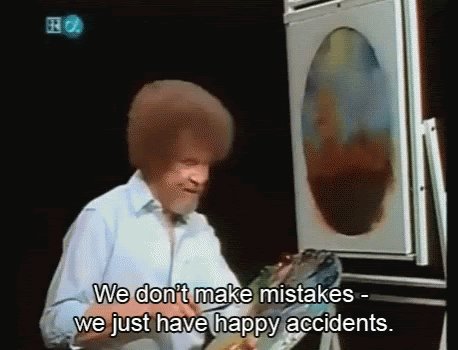 Are you ready for the virtual Symposium on Advanced Wound Care (SAWC) featuring the very latest updates in wound care research and education delivered by leading interdisciplinary voices? If you haven't registered yet, now's your chance https://t.co/hjiKwkRP8K 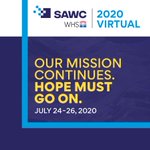 The cloud isn't some golden parachute that never fails. What kind of plan do you have in place in case of failure? https://t.co/oe34sKNFWG by @cloud_comp_news #cloud #disasterrecovery

Wishing everyone a safe and healthy Fourth of July holiday! Thankful for our country’s independence today and every day. #FourthofJuly 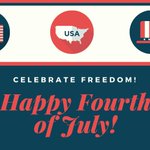