Datical, the leading provider of database release automation solutions, today announced the appointment of seasoned open source executive Dion Cornett as president. The company also announced another year of significant growth in terms of new customers and recurring revenue. In addition, Datical’s open source offering, Liquibase, saw its seventh consecutive year of growth, with downloads increasing by over 100% between 2018 and 2019. Total Liquibase downloads exceeded 13 million in 2019.

As president, Cornett brings over a decade of open source leadership experience at Red Hat and MariaDB. He previously served as CEO of ReachForce, a B2B marketing and sales software provider that was acquired by Leadspace. Previously, he was the vice president of global sales at MariaDB Corporation, one of the fastest growing open source database providers with more than 12 million users worldwide. Before that, he held multiple vice president roles at Red Hat for over eight years.

“I’m truly excited to embark on my new role at Datical,” said Dion Cornett, president of Datical. “The company’s ongoing efforts to support the open source community, namely through Liquibase and Liquibase Pro, are changing the game when it comes to how organizations are bringing DevOps to the database. I’m looking forward to seeing what this year brings in terms of new products and updates that will leverage the power of open source to make deployments easier for everyone involved in the database release process.”

In addition to this appointment, Datical’s successful market expansion continued in 2019. Its support for Liquibase, the leading open source solution enabling application teams to version, track, and deploy database schema changes, resulted in over 13 million community downloads in 2019 from users at leading companies such as Ericsson, JP Morgan Chase, Macys, and Oracle. In February 2019, the company announced $10 million in Series C funding led by River Cities Capital Funds, with participation from existing investors S3 Ventures and Mercury Fund. The funding was put toward expanding research and development, customer success capabilities, and sales and marketing functions.

“As we reflect on the past year, we continue seeing large enterprises implement solutions for modernizing their database release processes,” said Derek Hutson, CEO of Datical. “In addition to empowering enterprises with tools to bolster their application delivery strategy, continued support of our open source initiative is another driving pillar for Datical, which is why we’re thrilled to welcome open source veteran Dion Cornett to the team. Looking forward, customers should stay tuned for new developments regarding Liquibase, as well as innovative product announcements this year.”

Enterprises continue to see Database Release Automation as a must for increasing the speed of innovation. The 2019 State of Database Deployments in Application Delivery, commissioned by Dimensional Research, found that 80% of application stakeholders agree that deploying database code changes takes longer than deploying application code changes. Furthermore, 92% of respondents reported difficulties accelerating the deployment of database schema changes in an effort to match the pace at which they deploy application code changes. Based on these findings, the report underscores the value that can be gained from automating database deployments.

Not all heroes wear capes. Thank you to all the healthcare heroes. We stand for you every day. #Solidarityat8 #HealthcareHeroes 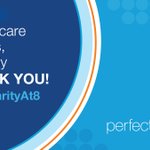 When two tech giants combine their efforts, the result is increased flexibility and consumption. Find out what you can do with @DellEMC's Cloud Storage Services connected to @Azure. https://t.co/R510jCvfIC #DellEMCCloudStorageServices #Isilon #Azure