San Juan , PR - Validation of the emerging role of breast MRI in diagnosing and treating breast cancer is showing up in the form of increased CME accredited workshops designed to give hands-on training in the technique, interpretation and intervention methods of MRI-guided breast biopsy. The University of Pennsylvania School of Medicine is sponsoring a course this week in San Juan, Puerto Rico, with faculty members from U. Penn., Memorial Sloan-Kettering Cancer Center and the University of Washington who have been performing MRI-guided breast biopsy for more than a year with the ATEC® system by Suros Surgical Systems, Inc.

Suros is considered to be the pioneer and leader in the field of MRI-guided breast biopsy with its Automated Tissue Excision and Collection (ATEC®) system. The company has placed more than 130 MRI ATEC® units at breast centers and hospitals across the country, including notable institutions like Memorial Sloan-Kettering, all of the Mayo Clinics, Yale and Stanford hospitals, Walter Reed Army Medical Center, Indiana University Medical Center, University of Chicago, and William Beaumont Hospital. More than 5,000 breast biopsies guided by magnetic resonance imaging (MRI) have been completed since the ATEC® system became available in May 2003.

"I believe that the introduction of MRI-guided breast biopsy has been a critical step to the realization of the clinical potential of MRI for the detection and evaluation of breast cancer," said Dr. Mitchell Schnall, professor of Radiology and associate chair of Research at the University of Pennsylvania. Dr. Schnall is presenting several workshops at the Breast MRI program, including a case review of MRI-guided breast biopsy using the ATEC® system and "Future Directions in Breast MRI."

Suros is the first and only company to offer an all-in-one vacuum-assisted biopsy system with MRI guidance capabilities. The ATEC Sapphire™ gives physicians the ability to biopsy high-risk patients in the MRI suite and in half the time of the typical 90-minute procedure. MRI-guided breast biopsy with the ATEC® is fully reimbursed. 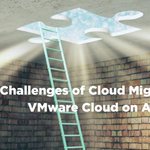 We’re decked out in green for #MentalHealthAwarenessMonth! It’s a stressful time — and that’s why we support @nami and every organization committed to raising awareness and providing support for people with mental illnesses and their communities. 💚 #bekindtoyourmind 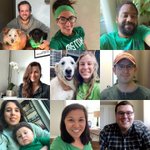