Attractiveness of medical plastics processing assets is extremely high and heading higher. As a result, there is significant payback in investment in new equipment for American medical molders and extruders.

The reasons transcend the obvious growing demand for medical products, which are higher in value than products sold into traditional plastics markets.

One is the high barrier to entry.

In a presentation at MD&M West earlier this month in Anaheim, CA, Phillips- Medisize CEO Matt Jennings listed these factors as switching barriers:

Jennings said that Phillips-Medisize had 26 surveillance audits in one year at a single plant.

Long product lifecycles compared to other markets, such as consumer electronics or packaging, was specifically mentioned by Jabil Circuit CEO Tim Main when he explained why Nypro was an attractive acquisition.

At the same time the Fortune 500 in the healthcare field are focusing on their core competencies of developing and marketing new products, including medical devices and pharmaceuticals. This is the same trend that triggered the explosive growth of the electronic contract manufacturing services (EMS)  industry in the 1990s.

Meanwhile, medical devices are becoming "smarter" and much more complex, requiring supply chain partners that not only have design capabilities and technical sophistication (multi-materials and multi processes), but global scale to serve emerging markets in Asia and elsewhere.

As Jennings noted in his presentation: "The precision of mechanical elements will determine the accuracy of the device."

Main and Jennings both noted that OEMs are looking for partners that can help them develop medical devices that provide differentiation in the marketplace. The developments are needed to create more value in particular where markets are becoming more commoditized.

According to Jennings' estimates, the addressable medical device contract manufacturing market is in the neighborhood of $20 billion. Of that, $3.5 billion is in the United States and $2.4 billion is in Europe. Overall growth is 3-8% per year. But growth for CMOs is higher as OEMs outsource. Their growth rate is pegged at 8-15%. Jennings estimates that outsourcing has been increasing from 23% of the total medical manufacturing market in 2010 to 30% this year.

The medical CMO market is also very attractive for investors because it remains highly fragmented. The largest players are Nypro and Phillips-Medisize ($500 million in annual sales) and they each have less than 10% share of the market. That changes, of course, when Nypro becomes officially part of Jabil, creating a juggernaut that combines electronics and expanded plastics manufacturing on a large scale.

Voting is now open for our annual Property Hero Awards! Vote for 1 or more of our #CRE industry nominees. This year's winners will receive a $1,000 donation to a charity of their choice that is dedicated to helping with COVID global pandemic. Vote now: https://t.co/neYoJ06lgI 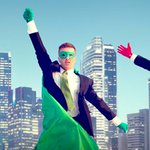 Setting your lawn care company apart from your competition and improving your marketing can help your landscaping business get more customers. This amazing guide gives you actionable insights and helpful resources to do that:

Thanks to @gemmacorrell and @mentalhealthamerica for this reminder to expand our vocabulary around emotions. 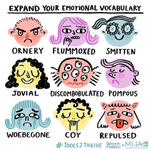 Are face-to-face interactions with customers part of your daily life? Here are 3 ways to reduce risks when you absolutely need to see people in person.

COVID-19 has sped up cloud migration for many orgs, but that doesn't mean the planning process should be skipped. The investment in time & resources to plan will pay off greatly & simplify the complex deployment process.
https://t.co/OssOCtSQXR by @cloud_comp_news #cloudmigration