Over the past few years, options for a hybrid cloud operational model have increased to the point where what was once a buzzword encumbered fantasy has become a feasible and attractive option for enterprise IT. Introductions of products such as Microsoft Azure Stack and VMware Cloud on AWS in recent years have made it possible to extend and mobilize workloads from and on-premises private cloud to the public cloud and vice versa. Additional recent announcements in this space such as AWS outposts and VMware Solutions on Azure have increased customer choice to the degree that it is no longer a question whether or not an IT organization can successfully implement hybrid cloud, but which platform they will choose.

An Introduction to Faction

Faction is a cloud and managed solutions provider that has existed in many forms since 2008, but has been branded as Faction since 2016. Faction provides a number of services such as managed VMware Cloud on AWS and hosted private cloud, but it is Faction’s multi-cloud storage services that set them apart. I had the opportunity to sit down with Faction CTO Matt Wallace at Dell Technologies World and learn more about the company. Much of the story he told me about Faction made sense as a path for a cloud provider trying to build a business around managed services as many others have done.

I saw Faction’s path diverge when Matt described the patented networking and storage services that were developed in house. In fact, their services are unique enough that as of the time of writing this article, Faction has the only approved third party datastore for VMware Cloud on AWS (VMC). This is particularly compelling as a managed disaster recovery (DR) use case for VMC.

Although VMware has a Site Recovery solution for VMC that is very similar their existing Site Recovery Manager (SRM) solution, it is not very cost effective as it requires that customers spin up and maintain an SDDC of adequate capacity for their failover needs, even if all the compute and storage resources are not needed until a disaster is declared. By providing an external datastore, Faction is able to provide customers a more cost effective target for replication, that can then be mounted to a VMC SDDC that does not need to be instantiated until a disaster has been declared.

Faction is #hiring! Check out our careers page to see if you or someone you know may be a fit for one of our open positions! https://t.co/acxupzcoxL #careers #sales #marketing #product #engineering #cloud 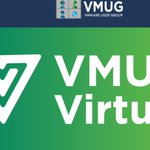 While Google Ads call extensions are a powerful way to drive calls from your search ads, they're not as powerful if you don't have the right data on them. Find out why connecting *all* the data points is key for your success 👉 ☎️https://t.co/OSZZCI91L8