Netsertive, a digital marketing intelligence technology company that enables brands and their local channel partners with turnkey, co-op compliant digital marketing capabilities, today announced another milestone in its award-winning momentum in 2016. Netsertive’s continuous success highlights a growing demand among top brands for better alignment with the local retailers they depend on to deliver over 90 percent of their annual sales. Still, an astonishing 93 percent of brands and local retailers admit they’re struggling to align local marketing efforts, contributing to nearly $14 billion in cooperative marketing fundsbeing wasted each year.

Netsertive signed several new customers in 2016, and has reported continued success with top brands, including Serta, Electrolux and Acura, reinforcing the company’s momentum in the automotive, home goods, technology and healthcare sectors. Further, the company has reported a 400 percent revenue growth over the past three years and has expanded its workforce to 250 team members. In 2016, it added two strategic executive appointments: Dave Logan as VP of Products and Debbie Edmondson as VP of Team Development. Moving into 2017, Netsertive will continue to enhance its marketing technology platform, with a focus on deeper campaign analytics and attribution, to meet the advancing needs of brands and their local partners.

“While many leading brands are beginning to see local marketing as a crucial part of their omnichannel strategy, most are still a long way from offering their customers a truly seamless experience in local markets,” said Brendan Morrissey, CEO and co-founder, Netsertive. “Our company has a huge opportunity to help these brands finally bridge the gap between their customers’ digital and physical worlds – and that starts with brands’ engaging and empowering their local retail networks at scale.”

In November, Netsertive – for the fourth consecutive year – earned an impressive ranking in Triangle Business Journal’s list of the 50 fastest-growing private companies in North Carolina’s Research Triangle region. In addition, CEO Brendan Morrissey was named North Carolina’s Tech Innovator of the Year, a prestigious honor awarded by financial consulting firm Grant Thornton, to individuals who have contributed to the long-term success of their company through innovative thinking and steadfast leadership.

This year digital transformation has really taken a front seat, and it's enabling leaders to: 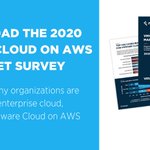 “The real power of DialogTech’s #calltracking is that without it, we would be blind to the revenue we generate from SEM calls." Such a powerful case study from @SeerInteractive & @gsesequipment - check it out! https://t.co/cTuLoebd5M