Univa, the Data Center Automation Company and the home of Grid Engine, announced today that is has received a top honor at the 2013 HPCwire Readers’ and Editors’ Choice Awards. HPCwire announced the winners at the opening reception of the 2013 International Conference for High Performance Computing, Networking, Storage and Analysis (SC13) in Denver, Colorado.

“We are extremely excited to have been selected as the Editors’ Choice for their Top 5 Vendor to Watch award,” said Gary Tyreman, Univa President and CEO. “This honor concludes a banner year for Univa and our core product, Grid Engine. In 2013, the software celebrated its 20th Anniversary while we simultaneously completed the acquisition of all Grid Engine assets and intellectual property making Univa the sole commercial provider for the industry’s most widely deployed workload management solution.”

A panel of editors, staff executives and HPC luminaries selects the highly coveted HPCwire Readers’ and Editors’ Choice Awards winners. Recipients are honored for their demonstrated excellence and outstanding technological advancements. Univa is exhibiting their award-winning solutions at booth #4101.

“It’s a privilege to be able to publically recognize organizations like Univa, whose hard work, dedication, and efforts have contributed to scientific discoveries and new breakthroughs in emerging technologies that will benefit mankind,” said Tom Tabor, CEO of Tabor Communications Inc. “The award represents the highest level of recognition given by the high performance computing community to its own for outstanding achievement each year.”

This is the year to add the ARTHRO Mentor training simulator to your program: https://t.co/j97JeTtvDL Request an in-person or virtual demo: #Simbionix #arthroscopy #simulation #simulator #MedEd #medicaleducation 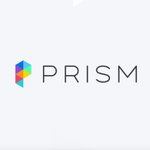 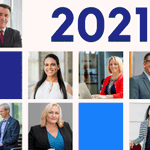