Univa®, a leading innovator in workload management and optimization solutions for high performance computing (HPC) and enterprise customers, announced that it has demonstrated the ability to run massive enterprise HPC clusters and workloads by leveraging AWS to deploy 1,015,022 cores in a single Univa Grid Engine cluster. The goal of this demonstration was to illustrate the advantages of running large-scale electronic design automation (EDA) workloads in the cloud.

The cluster was constructed in approximately two and a half hours using Navops Launch automation and contained more than 55,000 AWS instances in three availability zones, 16 different instance types and utilized AWS Spot Fleet technology to maximize the rate at which Amazon EC2 hosts were launched while enabling capacity and costs to be managed according to policy.

“It’s no secret that many large organizations have an insatiable appetite for computing power,” said Rob Lalonde, vice president and general manager of Navops at Univa. “Yet with large clusters, the challenge is not just building the cluster, but also building it quickly and reliably using full automation. Our Navops Launch can provision and manage both virtual and bare-metal environments and includes a cloud-specific adapter for Amazon EC2. Also, Navops Launch policy automation allows organizations to dynamically create, scale, and tear-down cloud-based infrastructure in response to changing workload demand.”

Building high quality products and getting to market quickly often requires extensive computer simulation, particularly in the fields of life sciences, deep learning and semiconductor design. Enterprises compete in-part based on the scale, performance and cost-efficiency of their HPC environments. For chip design specifically, design, device validation and regression testing are massively compute-intensive operations. Modern VLSI and system-on-a-chip (SoC) designs are comprised of millions of gates. Any minor design change requires that millions of digital and analog simulations be re-run to ensure that the device continues to function and has not “regressed.” With tape outs costing companies millions of dollars, they cannot afford to make a mistake in device design and verification.

Due to the cyclical nature of chip design projects where large clusters are often needed for a short period of time, cloud environments are becoming an increasingly compelling environment for EDA workloads. Additionally, with advances in cloud offerings and more cloud-friendly licensing models from software vendors, the barriers to running in the cloud are falling away.

We are excited to share that we were chosen as top psychiatrist in @WRAL 's 2020 Voters' Choice Awards for the second year in a row! Congratulations to all of the other winners and finalists.
https://t.co/KeHhLsNEOd 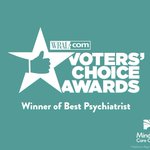 Learn more about how going digital with their forms has saved them nearly $1M in the first year: https://t.co/5wPZ6aiEUI

Related Companies - leading a development costing $6.7 billion, to transform 180 acres into what it calls a model urban neighborhood, where residents would be able to work, rest & play all within a 15-minute stroll from their front doors. More from @WSJ: https://t.co/xndBmtPAea